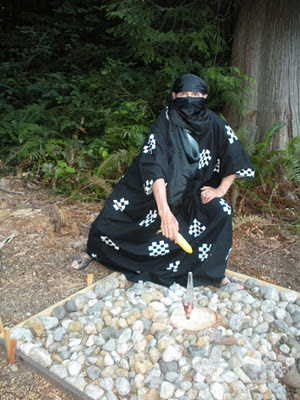 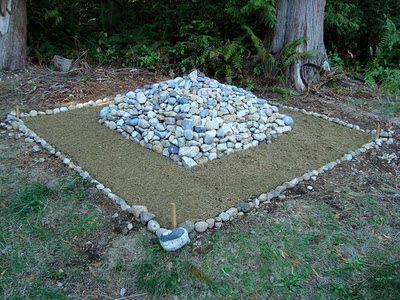 Rocks rock!
This pyramid covers the stump of a tree I had planted when I moved here (1995) and cut down last summer when it took over the place. The friend who cut the tree down had a large crystal he wanted to put in the center of my pyramid when he learned my plan, so it's in there too. Once I had the thing built up, I started bringing home beach rocks to cover the surface of it, so when it rains the thing is quite colourful. Between the pyramid and the border is a carpet of needles from the tree that was felled.
-- Anna Banana, Robert's Creek, BC, Canada
http://www.annabananastamps.ca
_
Publié par thierry tillier à 05:56